Why are we all living on this perfect world, taking away all its resources to make gas for vehicles to get us places because apparently its worth polluting the only place we call home? Why are we taking advantage of all the wonders that the Earth granted us with, and in exchange we give it pollution, green house gases, we strip the Earth clean of forests, and much more? Why isn’t anyone taking a stand? No matter if you are an environmentalist, or work for oil companies, we all know that someday, this wonderful world may be gone because of us. And instead we will be unable to live here. We all hate to admit it, but sometime in the near future, things will start changing, and they already have.

Firstly, the glaciers are melting which is causing the sea level to rise. Some places in the world, like Florida, will soon disappear, and drown in their own beaches. Due to the melting glaciers and the rising sea levels, annual storms, or hurricanes that some places are prone to, are getting more deadly and disastrous. The most recent hurricane in New York, Hurricane Sandy, was very disastrous and the main electrical unit was badly damaged. There were floods in the basements of some very large buildings. Nobody could come outside and if they did, they could risk their own lives. The subways (the main transportation unit in New York) flooded. Everybody learned a great lesson from this disaster. People realized they needed to be way more prepared in case another mega storm happened. After the storm, more flood protections were installed. They made sure people were more educated about what to do in a storm of this magnitude. This is an example of one of the effects of rising water levels due to the melting glaciers.

Secondly, more and more green-house gases are surrounding our atmosphere. Greenhouse gases are the gases that get trapped in the atmosphere. They keep heat from escaping the Earth. These are good because we would otherwise freeze to death at night. However, these gases are building up at higher levels than needed and so the temperature is getting higher and higher. That is the cause of Global Warming, which is the cause of the melting of the glaciers. 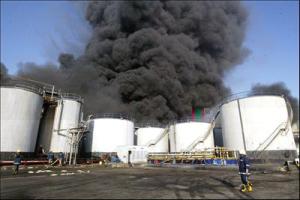 , oil is taken from underground to provide gas for your transportation. There are roughly 1 billion cars on our planet. That is roughly 1 billion cars using oil. That is 85 million barrels of oil used each day. We use so much oil, not only for cars, but to make things such as clothing, agriculture tools and preservatives, office tools, games/sports/hobbies, supplies for infants and children, first aid kits, kitchen and household items, cosmetics, furniture, and much, much more, Imagine our lives without oil. What would we do? Sooner than later, we will have to come up with some other “oil” re-creation that will serve the same purpose of oil, and hopefully last longer.

In conclusion, there are many reasons why we are taking advantage of our perfect little world, and soon, we will have to face that oil is running out, our atmosphere is too full of green-house gases, the glaciers are melting, we are running out of trees, and much more. But for now, lets not worry about the future and take a look outside, beautiful. For now, we have the “just right” planet. Take time to appreciate it, because at some point in a few billion (approximately) years, it may all be gone.

(By the way, if you didn’t understand my title, click here)

4 thoughts on “What a Wonderful World This Would Be?”