As you may know, my family has just returned from a fabulous 4 week long trip. Unlike last year’s summer vacation, we were always doing something.

On the day of our flight to Montreal, we had to wake up at 4:00 am to catch a 6:30 am flight to Toronto and then catch a connecting flight to Montreal. That was an interesting day. In Montreal, we saw where my parents went to University at McGill, went to Schwartz’s (they are famous for their Smoked Meat Sandwiches and my parents went there a lot when they lived in Montreal), saw some friends, and went to Old Montreal. I really like Montreal because of how much history is behind it. I really like learning about things of the past.

After 3 days in Montreal, we drove to Quebec City. Wow. I loved it there. The old cobble stone walls, the Funiculaire, Cabane à Sucre, I love Quebec City. One day we rented bikes and biked to the market, some mini bridges, went in a tunnel, and went to eat lunch. During our fantastic lunch, it started raining. And I mean raining as in you can’t see a thing. My mom bought a rain poncho and when she biked with it on, it looked like she was in a tornado! On the day we drove back to Montreal to go to New York, we stopped to see the Plains of Abraham. That is where a lot of wars happened and decisions got made. The view of the St. Lawrence River from up there was amazing!

I knew that New York was busy but I never knew it was so busy that you barely have any breathing space. We stayed at the Westin in Times Square and now I totally understand the saying, it’s the city that never sleeps. I really enjoyed when we went to see John Lennon’s memorial because you could tell how much people loved and cared about him. The memorial had beautiful flowers around it and there was a man singing Imagine.

We also went to see the 9/11 (Twin Towers) memorial and that really touched my heart. I had always known what had happened but I didn’t know the actual details like what were the reactions of tourists, residents, business workers and even kids! Imagine walking up a street, going to lunch and all of a sudden you notice a really loud noise and all of a sudden one of the World Trade centres are missing and then before you know it, the second one is gone. The memorial is a giant waterfall fountain that has the names of all the people who lost there lives in that tragic event. We saw memorials for 9/11 everywhere. Especially in fire halls. My grand dad was in a plane when it happened and he said he was very suspicious because the flight attendants seemed nervous and nobody was on the highway. He said the airports were all full. That experience made me really feel for that tragic event.

I really liked seeing the Statue of Liberty. It really is beautiful and much bigger than I expected. We didn’t stop at Liberty Island because we went to Wall Street instead. The day my mom was sick, the rest of us went bike riding in Central Park. It is huge but we did the whole thing. I have seen it in so many movies but not in real life. You can tell that everyone does their share to keep the park as pretty as it is. I ❤️NYC!!!

We decided to stop for three days in Toronto because none of us kids have actually toured around there as many times as we have been to the airport. It was very interesting because there was a One Direction concert. Cate and I really wanted to go.

The next stop was Sarnia to visit my mom’s side of the family. I think their house might turn into an animal sanctuary! The first day we were there, they were dog sitting two Jack Russell’s, then another dog that is kept in a cage all day snook out of her cage and came to the house. Then some stray cats kept visiting us and they already have a Golden Retriever so, there were a lot of animals! We saw where my mom went to school, lived, babysat, let her brother jump of a roof into a pool, and just where she grew up in general. That week was so much fun!

On our last and final week (Gasp!) we went to see my dad’s side of the family. First we went to their house in Dundas. I finally got to meet my baby cousin Zoe! She is turning 2 in November. She is so adorable! My grandad wrote a story about his child hood and it was very interesting. My aunt Michelle just had surgery because she had a tumour and I think she is doing very well because it is hard to recover after surgery.

After a few days in Dundas, we drove up to Collingwood to go to the Chalet. I love the Chalet because of all the nature around it and having fires and just being with my beloved family. On our last day, some of our friends came over and my friends, Brynn and Makayla slept over! We had so much fun.

I really loved this vacation because not only did we get to see amazing sights, we got to see friends and family we haven’t seen in years. We had parties, swims, dinners, late nights, with our loved ones. Love you all! See you next year! 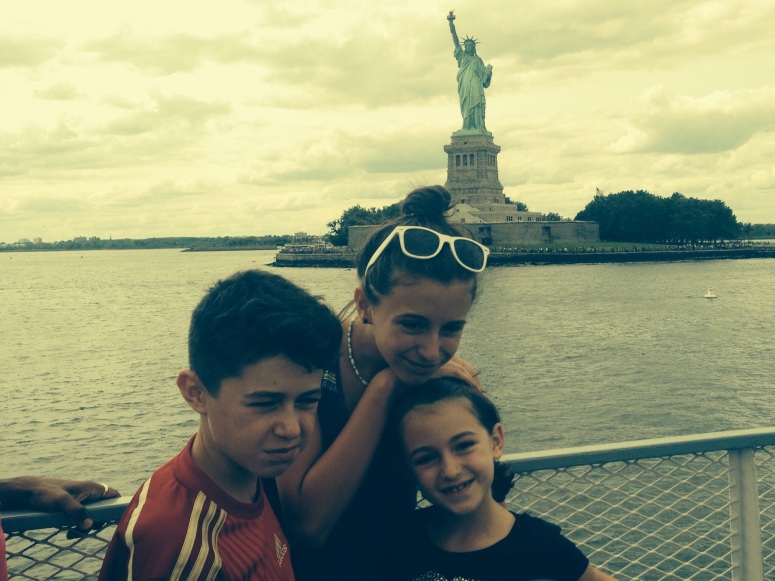 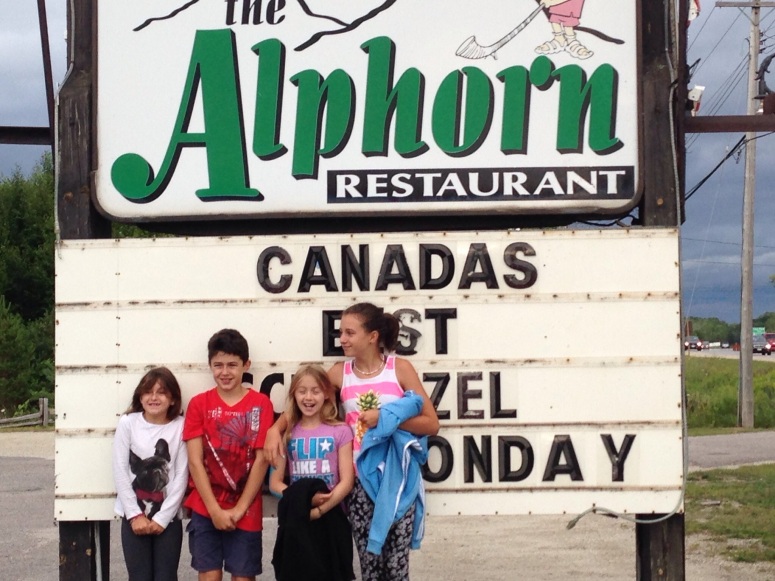